Directed and Written by Ravi Arasu. Produced by B. Ganesh of Common Man Presents. The film music was scored by G. V. Prakash Kumar. Raja Mohammed is Editor of the movie.

GV Prakash is a Mechanical Engineering student. Prakash, who lives in Namakkal, always makes new tools. He goes on to find many such products and license them. But, he did not get any recognition.

Meanwhile, he saves the life of a child who fell into a borehole in their town with his invention. Also, the story of the film is about how he discovers a diamond heist by a North Indian gang with his ingenuity.

The first look poster of the film were released and fans great response. And the first single of the film ‘Takkaru Paarva’ Song have been released. It was sung by Siddharth Mahadevan, G. V. Prakash Kumar and Lyrics by Shiva Shankar.

The Second single of the film ‘Taan Addi’ Song have been released. It was sung by Rajaganapathy, Anthony Daasan, V.M. Mahalingam and Lyrics by G. Rokesh. 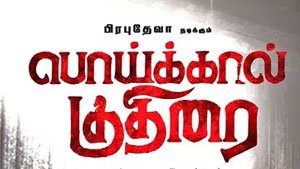