The film is directed by Hari. Produced by S. Sakthivel under the banner Drumsticks Productions. This film music was composed by G.V. Prakash Kumar.

Samuthirakani played the brother role in Arun Vijay. And the ‘KGF’ Ramachandra Raju played the villain in this movie.

Ravichandran (Arun Vijay) is the youngest son of the PRV family who is living in village of Ramanathapuram. He is fond of his family and his brothers Samuthirakani, Bose Venkat and Sanjeev.

There is an enmity between PRV family and the family of Jayapalan (Samutram). Ramachandra Raju, belongs to the Samudram family, wants to destroy the Arun Vijay family.

In this case, Arun Vijay’s nephew Ammu Abirami is running away with her muslim boyfriend. They sent him out of the house saying that Arun Vijay was the reason for this.

Has Arun finally joined the Vijay family? Did save the family from Ramachandra Raju? That is the rest of the story of the film.

The Third single of the film ‘Sandaaliye’ Song have been released. It was sung by Velmurugan & Roshini JKV. Lyrics by Snehan.

The trailer has been released recently by the movie and it’s getting a good response. Actor Siva Kartikeyan released the trailer for Yaanai.

The trailer for the film, which was released on May 30, has already received a million views on YouTube.

The second single of the film ‘Bodhaiya Vittu Vaale‘ Song have been relased, it was sung by G.V. Prakash Kumar, Arivu, Santhosh Hariharan.

The first single of the film ‘Yelamma Yela‘ Song have been released. It was sung by Arya Dhayal with Lyrics by Snehan. 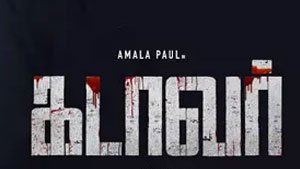