The film is directed by Pa. Ranjith and Produced by Neelam Productions and Yazhi Films. This film music was composed by Tenma.

“The film is completely prepared as a love story.”

The film released in theatres on 31st August 2022.

Dushara Vijayan and Kalidas are in love. Both of them get separated. Later, the two unexpectedly join a theater group for training. The theater group is trying to stage a play with both of them as the hero and heroine. At that moment both of them wonder why they broke up.

The rest of the story of the film is what happened to Dushara Vijayan – Kalidas Love.

The first video of the film ‘Rangarattinam’ Song have been released at 6 pm. It was Lyrics by Arivu. 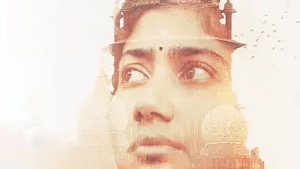